Here’s Why The BMI is Flawed

According to the BMI scale, I am considered overweight. Yep, I am considered overweight wearing a size 6. The body mass index is a standard for most programs, from worksite health to calculation standards for obesity rates by epidemiologists. However, there is an overarching issue with using the BMI. It doesn’t account for racial, gender, or physical differences in body mass. 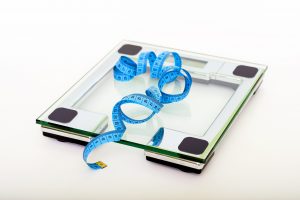 The History of The Body Mass Index Scale

The body mass index (BMI) was developed all the way back in 1830 by Lambert Adolphe Jacques Quetelet when there were no technological calculation devices, so the calculation is based on simple math. It has stood the test of time today. Another interesting note about the BMI calculation creator is that it laid the groundwork for many forms of racist science, including phrenology and eugenics. So there’s that!

What is the Body Mass Index Scale?

BMI calculates body fat based on height and weight, but it doesn’t directly measure body fat. Because of its inexpensive nature, it is a widely used marker to predict the onset of metabolic disease. The current BMI scale is as follows:

BMI is calculated by taking the weight in kilograms divided by height in meters squared, but the calculation is based on a health metric widely studied on white men.

The Problem with BMI

Because the BMI was studied on Caucasian men, it does not consider the body type differences between different racial groups and genders. In addition, there is no account for muscle mass or distribution of fat in the body.

According to a study by the endocrine society, BMI tends to overestimate fatness in African Americans. The study found that African Americans tended to have less body fat than Caucasians of the same height and weight. They compared DEXA scan results, which is considered the gold standard for fat distribution, versus BMI calculations. It concluded that muscle mass might be higher in African Americans, which explained the disproportionally high BMI results. 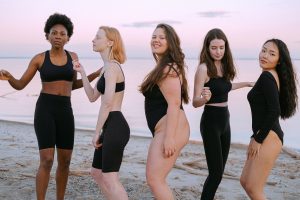 BMI does not account for the fat content changes with age. As we age, muscle mass is reduced, and fat may increase. Therefore baseline BMI’s will differ as we age.

Since the BMI measurement is widely used to determine health status, there may be a vast misclassification that doctors may miss in initial assessments. According to a study, 54 million Americans classified as overweight or obese were actually metabolically healthy, and 21 million labeled as healthy were actually unhealthy. This presents an issue when BMI is used as a marker for health by insurance companies for premium rates.  In addition, when doctors only look at a healthy BMI to trigger further testing, they may miss critical diagnostic measures.

Other ways to measure body composition

The waist to height ratio divides waist size by height. Researchers found it to be a better predictor of mortality than BMI. If the result is 0.5 or less, you are at a healthy weight. The only issue with waist to height is it does not account for hip size.

Looks at fat distribution by comparing the waist size to the hips. Where the fat is collected is a good indication of risk factors for chronic diseases like heart conditions. Healthy ranges for men would be 0.9 or less and 0.85 or less in women.

Body fat percentage calculation considers the amount of fat a person is carrying vs. their fat-free mass. This is an even more accurate way to determine how much extra weight a person is holding as an indication of health risk. You then can look at a person’s weight in fat vs. their total weight to determine how their fat is distributed. There are many methods to calculate body fat %.

These are deemed more accurate than the simple BMI calculation and consider a person’s activity level to assess the final result. According to The American Council on Exercise, the ideal body fat percentages are:

Where to go from here

If you find you are labeled with a higher BMI than what you visually see in the mirror, know this is not the complete picture. Take a look at your own lifestyle measures to determine if you need further interventions for your health. It is always important to see the doctor regularly to be on top of your health.

BMI should not be the sole diagnostic tool for a predictor of health. Medical professionals and companies should use more accurate measures to determine a person’s health risk. It is important to use BMI in conjunction with blood panels, waist, height, and hip measurements to understand a person’s health better. It’s time to move beyond outdated, biased tools created with one group in mind.